（Granted by Agency of Cultural Affairs, Japan. Part of the &G Art Projects in the Age of Globalization）

Tokyo University of the Arts Graduate School of Global Arts invited Dr Bruno Latour, Professor at Sciences Po Paris and the Scientific Director of the Science Po Medialab, as a special guest lecturer to our School this summer. He is a Sociologist of Science and an Anthropologist of Science who has been vigorously developing his study since the 1970s, trespassing the boundaries dividing various fields of study such as History of Science, History of Art, History of Mankind, Philosophy, Anthropology and Theology. Along with a lecture for our all-students’ compulsory course “Introduction to Art and Culture in the Global Age” and “Art Studies and Curatorial Practices” seminars and workshops with Professor Yuko Hasegawa, he delivered a special lecture open to the general public at our Ueno campus.
Dr Bruno Latour has been thoroughly examining the existence of science from a practical viewpoint. He developed the actor-network theory; a sociological theory which positions humans and objects as actors on the same plane and explains things and phenomena through their mutual relations.
What is “The New Climatic Regime (Le nouveau régime climatique)? Dr Latour proposed this phrase as an alternative to the geological term “Anthropocene”, which has incurred various discussions in recent years. According to Latour, this new regime is opposed to the old regime which precedes a revolution in his recent book Face à Gaïa (2015). He says that ecological mutation is a revolutionary change that is far more extensive and more deeply influential on the global scale. This new regime has brought about several transformations, just as the French Revolution did, in our political, mental and literary organizations. Thus, Latour proposed the term “New Climatic Change” in order to represent these changes. In this special lecture, he talked about this new regime, whilst talking about three exhibitions which he curated, Iconoclash, Making Things Public and Reset Modernity!, with the installation views of these exhibitions.

Here, we release the whole recording of this lecture, together with French- Japanese consecutive translation. 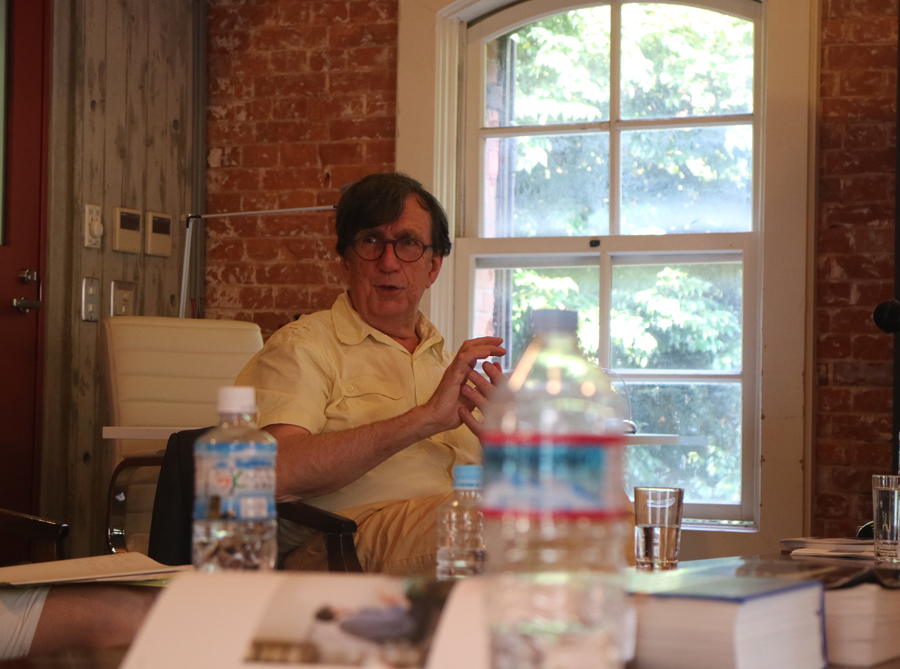