Special Lecture: Introduction to Art and Culture in the Global Age

“Close to a Distant Triennale”

“Introduction to Art and Culture in the Global Age” is a series of special lectures organised by the Graduate school of Global Arts. In this course we invite specialist from around the world to give lectures and workshops. Hosted by Arts Management and Cultural Policy field, this time we welcome Raqs Media Collective, with a lecture “Close to a Distant Triennale” on October 2. 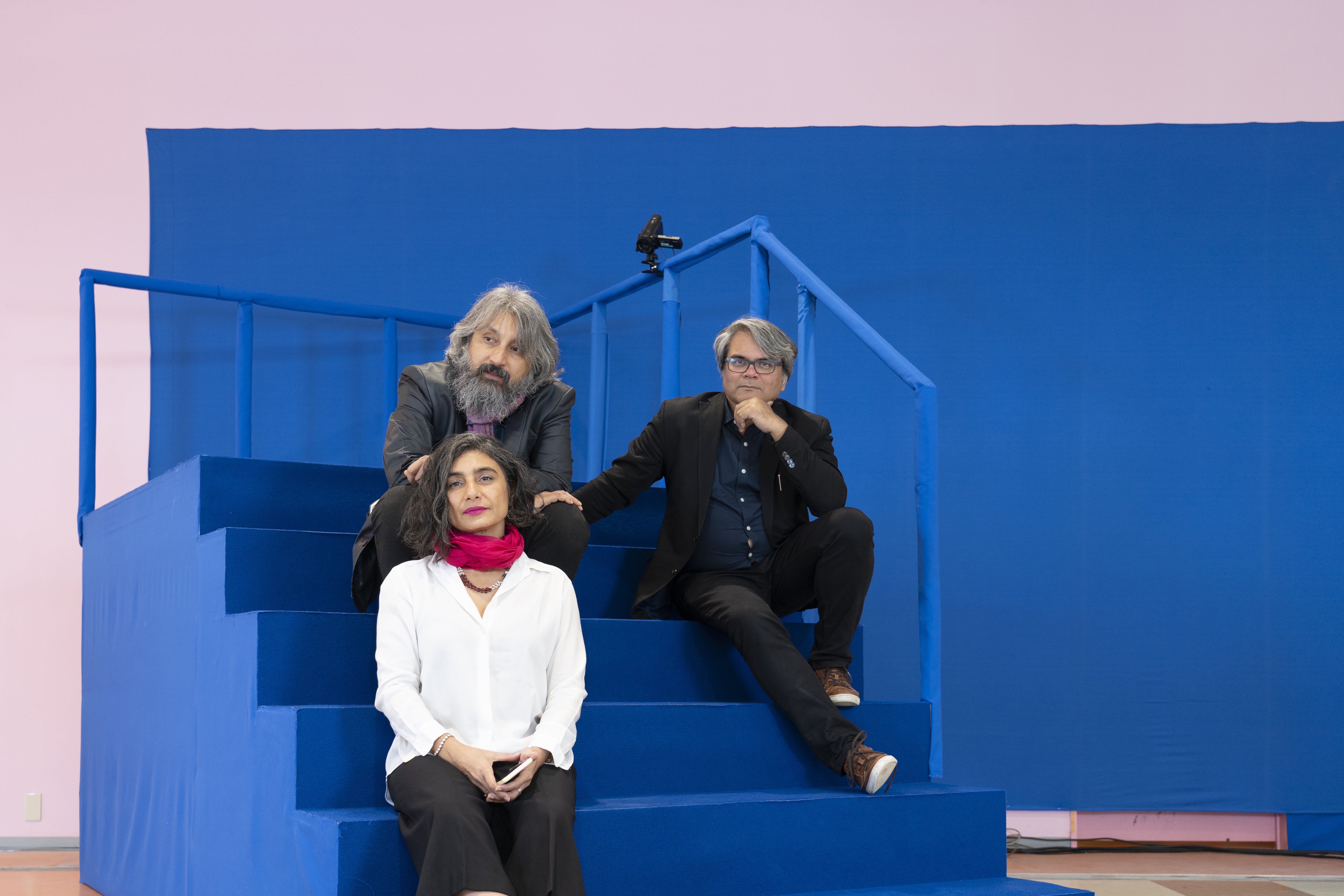 Raqs Media Collective was formed in 1992 by Jeebesh Bagchi, Monica Narula and Shuddhabrata Sengupta. The word “raqs” in several languages denotes an intensification of awareness and presence attained by whirling, turning, being in a state of revolution. Raqs Media Collective take this sense to mean ‘kinetic contemplation’ and a restless and energetic entanglement with the world, and with time. Raqs enlists objects like an early-modern tiger-automata from Southern India, or a biscuit from the Paris Commune, or a cup salvaged from an ancient Mediterranean shipwreck, to turn them into devices to sniff and taste time. Devices are deployed in order to undertake historical subterfuge and philosophical queries. Raqs practices across several media; making installation, sculpture, video, performance, text, lexica and curation at the intersection of contemporary art, philosophical speculation and historical enquiry.

The members of of Raqs Media Collective live and work in Delhi, India. In 2001, they co-founded the Sarai program at CSDS New Delhi and ran it for a decade, where they also edited the Sarai Reader series. They have shown extensively, as well as curated numerous exhibitions, including the Shanghai Biennale 2016, “Why Not Ask Again?”. They are the Artistic Directors for the ongoing Yokohama Triennale 2020, “Afterglow”, where they have developed sources around toxicity, care, and luminosity of friendship, with artists, and publics.

Organized by: Graduate School of Global Arts, Tokyo University of the Arts