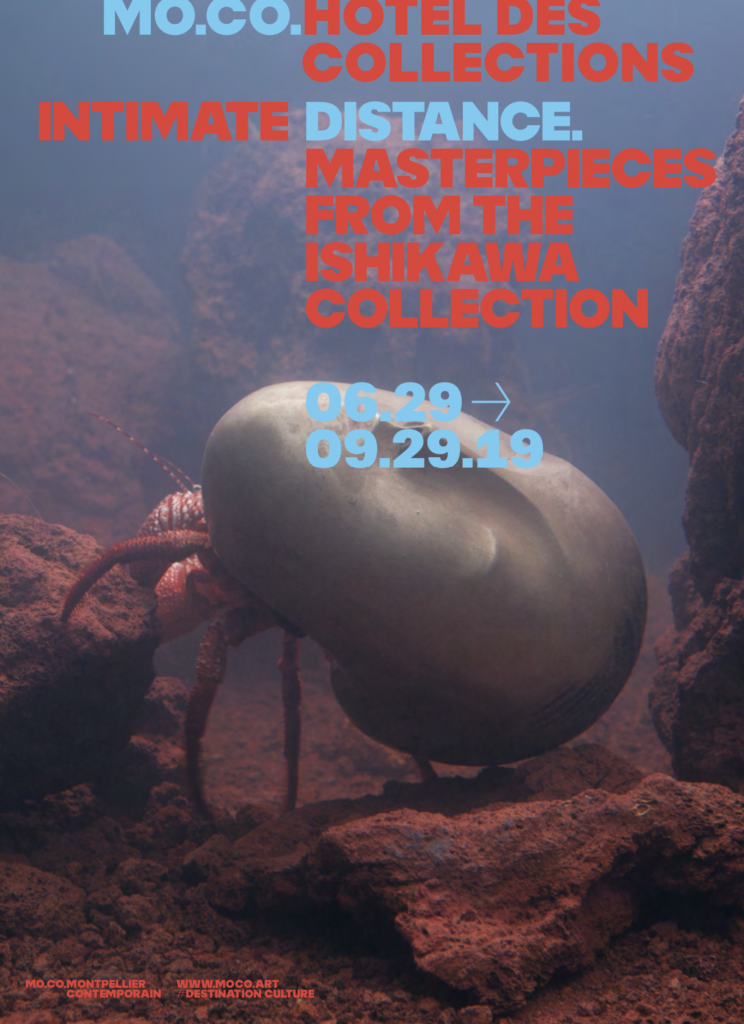 Selecting works that belong to the world and sensibilities of a single collector and exposing them in a different place beyond his or her reach is something that in itself creates distance possessed of intimacy and coolness.

This is the first time the Ishikawa Collection has been shown outside of Japan to such an extent, and it is also the first exhibition at this new museum, Montpellier Contemporain, aka MoCo. As to the nature of the show, while various budgetary constraints unfortunately mean that there are works that cannot be displayed, around forty pieces will be presented to the people of Montpellier, France, within a cluster of exhibition spaces under the title “Intimate Distance.”

Most of the works are by European or North American artists and range from 1970s conceptual art to what is called post-conceptual art. They are primarily minimalist, non-spectacular works, and while they may incorporate intense emotions, politics or memories, at first sight they seem to have a calm appearance.

Contemporary art, and in particular 1970s conceptual art, can be difficult to approach due to its ambiguity and abstrusity. It tends to lack materiality and corporeality, has little of the handmade feeling usually associated with “self-expression,” and the temperature of things created through the acts of “choosing” and “editing” as opposed to “making” can feel cold. Such works are questions directed at an intellectual elite, whose replies take the form of changes or shifts in ways of seeing things or points of view.

In the 1990s, contemporary art took on a more palpable form. While it retained its “contingency,” “ambiguity” and “tendency to leave interpretation up to the viewer,” the expressive language used by the artists became more “intimate.” At the same time, micro-utopias whose frames of reference are located in the interactions of each individual with society came to be shared in place of large-scale utopias.

The works in the Ishikawa Collection have been chosen in such a way that the transition from “abstruse” to “ambiguous but open to an intimate something” is more or less seamless in historical terms. The works in this exhibition, too, have been selected so that viewers can gain a sense of this flow. Looking at the works as a whole, such opposites as “global” and “local” that are now so in vogue are strangely absent, instead of which an open landscape of relations between “subjects” (we as individuals) and society can be seen throughout the exhibition. Encounters with the works lead the audience’s point of view away from existing ways of looking at things towards different imaginations and worldviews. The changes in awareness brought about by the effect of this represent a new reality that arrives in a form that almost catches us unawares.

According to Boris Groys, there are two types of “universality”: traditional political universality, and a new universality. “Today, however, to be universal means to be able to aestheticize one’s identity as it is – without any attempt to change it. Accordingly, this already existing identity is treated as a kind of readymade in the universal context of diversity.” (1)

Today, at a time when having one’s own identity is becoming universal, how will the relationships between sensation and meaning, awareness and unconsciousness, time perception and memory be reconstituted? 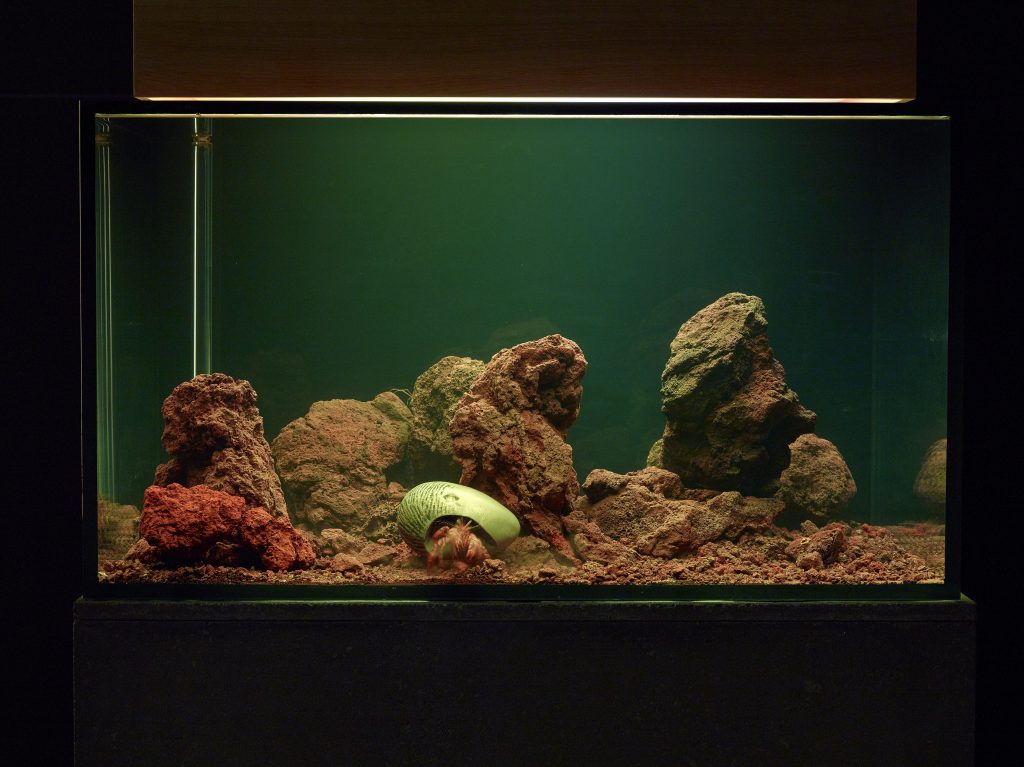 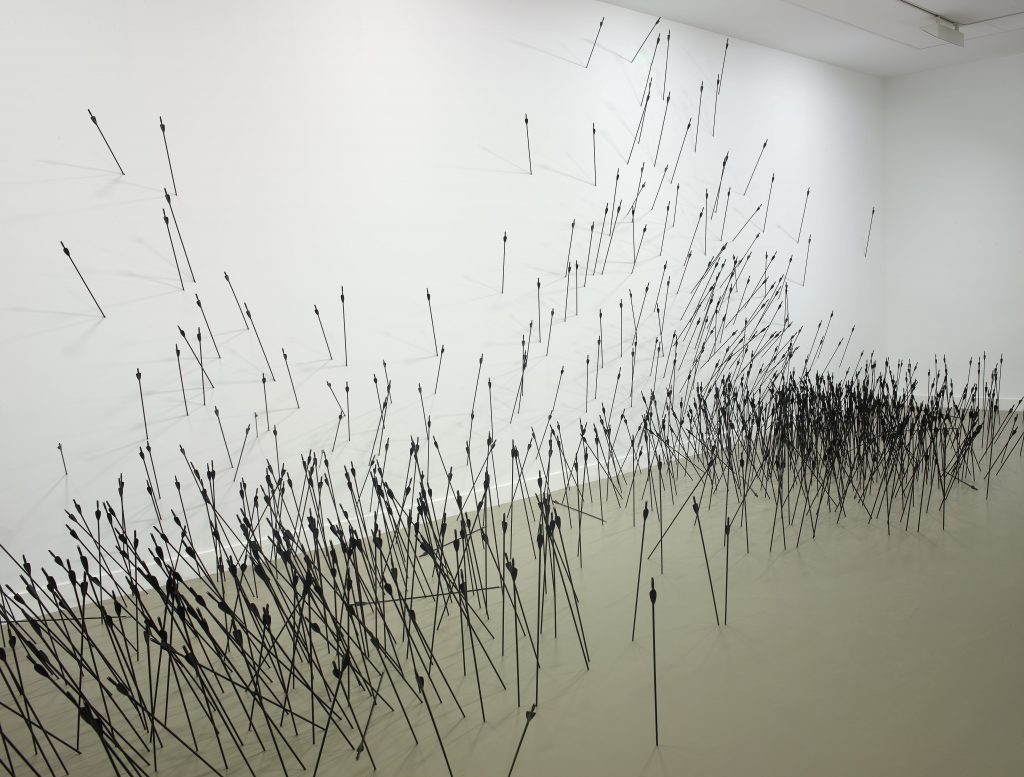 Ftt, Ft, Ftt, Ftt, Ffttt, Ftt, or somewhere between a modern representation of how a contemporary gesture came into being, an illustration of the physicality of an argument between Theo and Piet regarding the dynamic aspect of the diagonal line and attempting to produce a chroma-key set for a hundred cinematic scenes 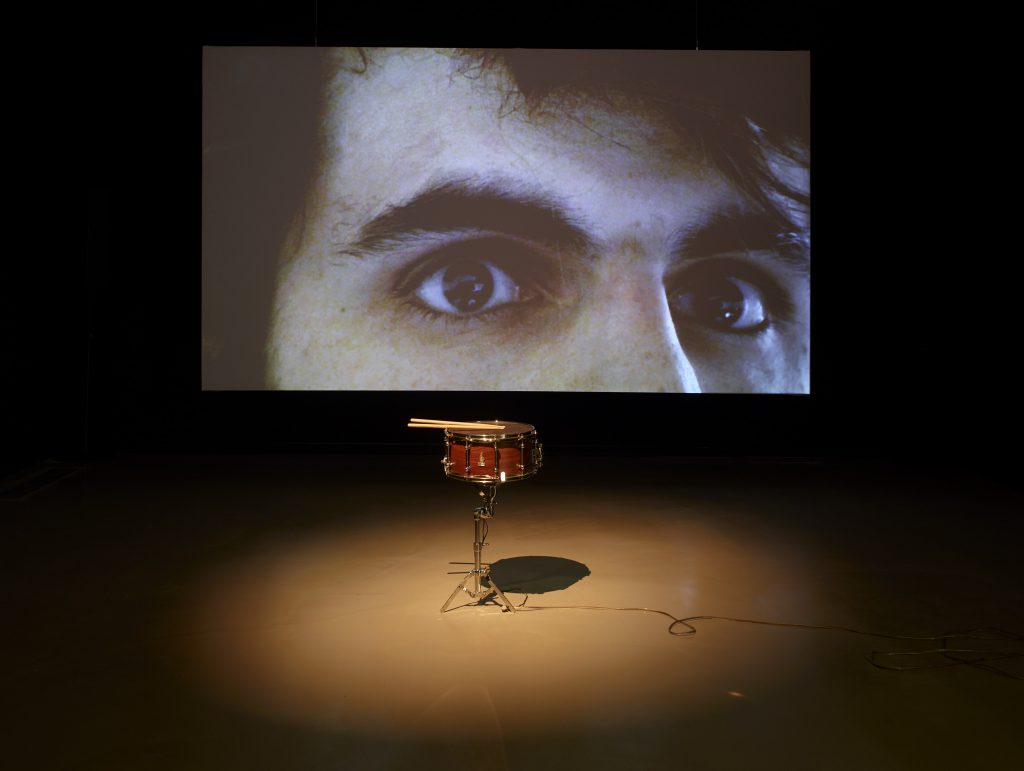 Another Solo in the Doldrums (Serpentine) 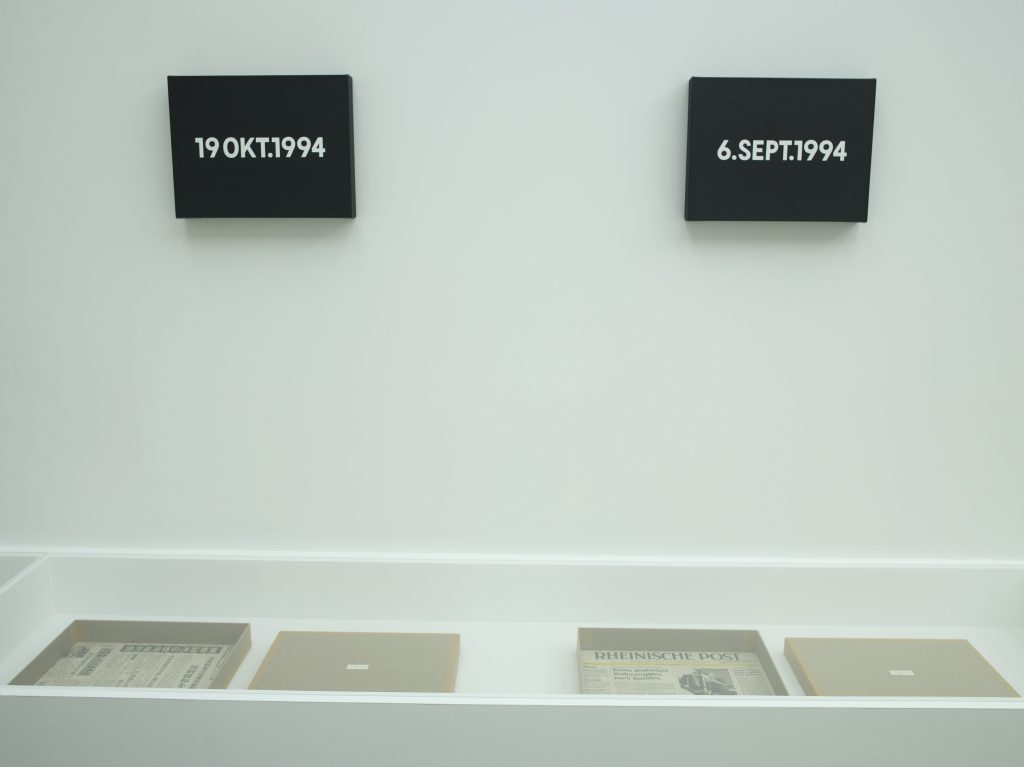 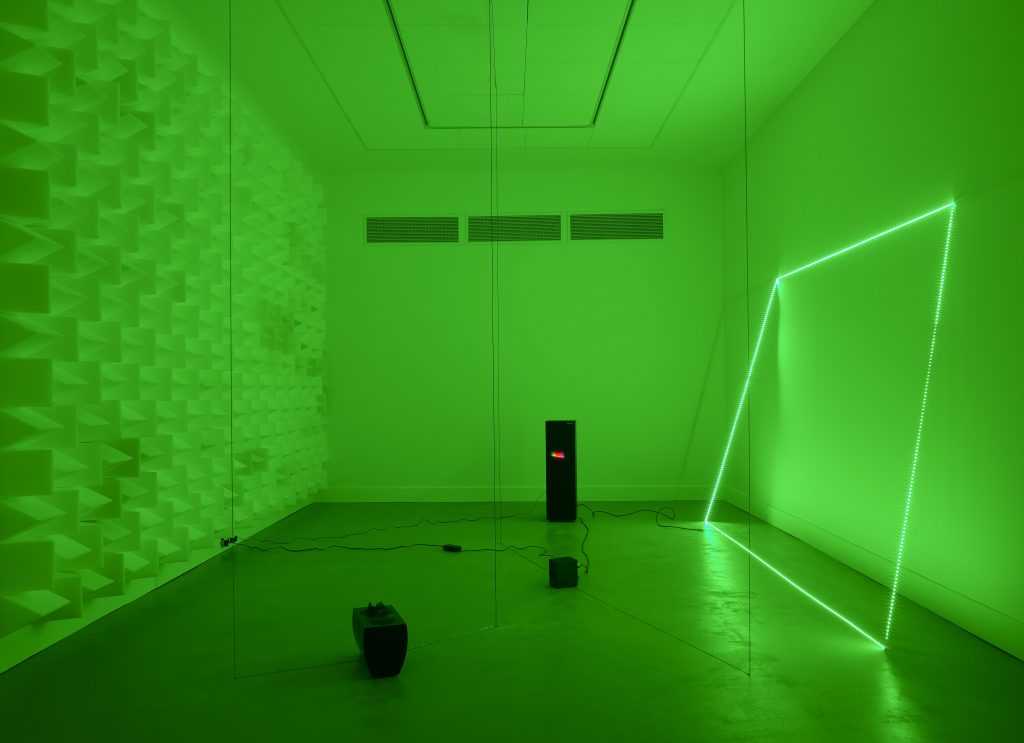