FUKAMI, a dive into Japanese aesthetics

Tradition and modernity, blur and form, ephemeral and eternity, two opposite sides of the same element: Japanese aesthetics or the art of the coexistence of opposites.
Presented in the Salomon de Rothschild Hotel, this exhibition, which will kick off Japanismes 2018, is curated by Yuko Hasegawa, artistic director at the Tokyo Museum of Contemporary Art. It will unveil the soul of Japanese aesthetics through a journey punctuated by traditional works and contemporary productions. What better example to illustrate the harmony that transcends artistic mediums and epochs and to embody the vitality of Japanese aesthetics, a pottery Jômon several thousand years before JC, presented next to a sculpted dress by the young creator of the Anrealage brand, inspired by the said pottery? Through a wide range of creations (painting, installation, photography, fashion, sculpture, etc.) and themes illustrating a multiplicity of concepts (primitivism, hybridization, minimalism, alchemy, philosophy of lightness, rebirth, etc.). exhibition will apprehend Japanese aesthetics, which unites tradition and modernity, from a new perspective.

· Curator:
Yuko Hasegawa, Artistic Director of the Tokyo Museum of Contemporary Art and Professor at the Tokyo University of the Arts

This exhibition aims to synthesize the elements of the various projects planned in Paris as part of the cultural programme ‘Japanismes 2018’ and to present the Japanese aesthetic as we have planned to unveil it to the world in 2018.

The artistic culture of this archipelago of the Far East, whose climate varies considerably from north to south and with the seasons, is intimately linked to nature. Its isolation has given birth to an original way of absorbing and developing culture.

Japanese aesthetics include sometimes antagonistic elements such as calm and movement, masculine and feminine, good and evil, form and chaos, permanence and the fleeting, baroque and minimalism, tradition and modernity; it is in this zone of in between where opposite poles become the two facets of the same piece that it flourishes. There is no question of conciliatory synthesis or the opposing elements would be both eliminated and affirmed (aufhebung), as in the Western dialectic. On the contrary, they remain distinct from each other.

In a sense, one could speak of a “dialectic of floating”.

This vision is not based on Western anthropocentrism, which affirms the dualism of self/other and subject/object, separating nature from society, but on an animistic anti-anthropocentrism where man is one with nature and with the environment and which recognizes the divine nature of everything. This state of mind leads to a means of freely ‘Japanizing’ foreign cultures thanks to imitation and great intellectual curiosity, without any critical filter. Levi-Strauss opposes the ‘centrifugal’ conception of the subject which prevails in the West to a ‘centripetal’, relatively open conception, where the essence of the individual depends on the circumstances in which they find themselves. Based on the freedom of assimilation and an identity open to circumstances, Japanese culture has a dynamism and energy that recalls biological activity and cell renewal.

In the era of the Anthropocene (environmental changes caused by anthropocentrism), confronted with the question of terrorism and migration, France and Europe are seeking a new direction. This exhibition is also a message from Japan for the coexistence of the present and the past and of living together. Its title, Fukami, a plunge into Japanese aesthetics, enjoins visitors to go beyond existing clichés to immerse themselves in the depths of the true essence of Japanese aesthetics. The exhibition space is therefore designed in an interactive way, so that the public can experience the creative links between very different works. The works exhibited in this magnificent 19th century French building cover 10,000 years of history. The design of the space has been entrusted to the architecture agency SANAA. The interactions between the works and the building, transparent and floating, cancel their origins, guiding visitors in a space of pure dialogue with objects. This interactive scenography that crosses ages and countries by juxtaposing old and contemporary works on the one hand and Japanese and Western on the other, invites a journey that brings new perspectives and new outlooks onto the world. One hundred pieces created by 25 artists are exhibited, with “the expression of the living” as the guiding thread.

They are organized around 10 themes:

“Prologue – Duality of echoes”; “Expressing the origins of life – Deconstruction and transmission of animism”; “Alchemy – Transforming matter, transforming perception”; “The aesthetics of disappearance – Minimalism”; “Towards the South – The reactivation of creation by margins”; “The representation of disaster and crisis – Towards a new form of media”; “Repeated renaissance – Renaissance of the intangible”; “Subjective landscape – The philosophy of lightness”; “Hybridization – Coexistence” and “Epilogue – Transformation”.

Just as 19th century Japaneseism had a strong impact on Paris and Europe, this exhibition is an opportunity to foster the weaving of varied and stimulating threads and to suggest that a diversity of imaginations can resonate, today, in 2018. 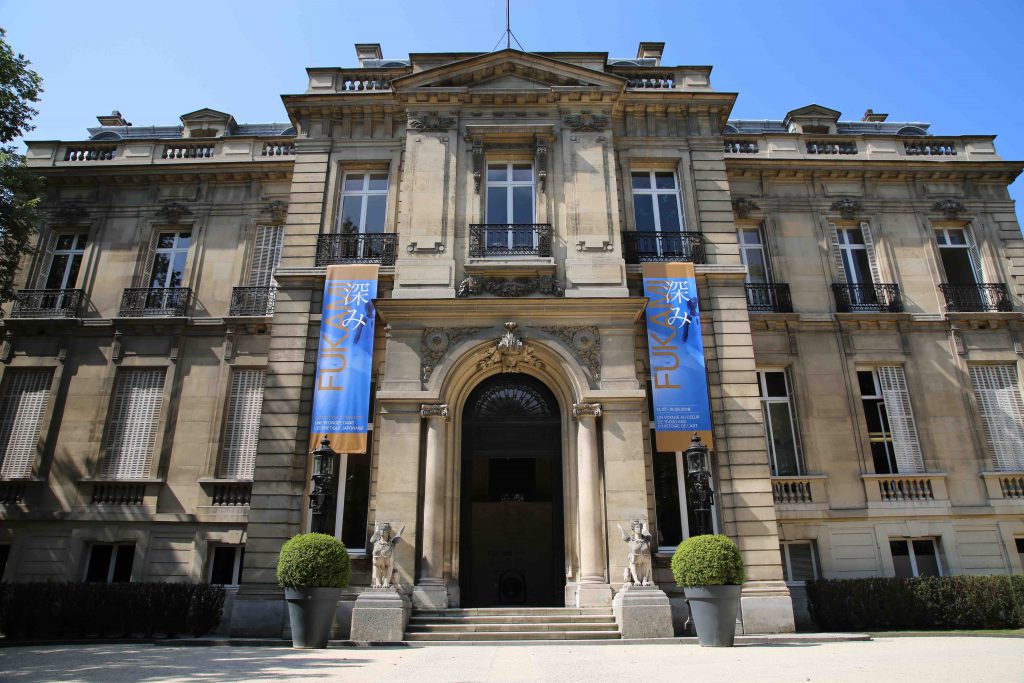 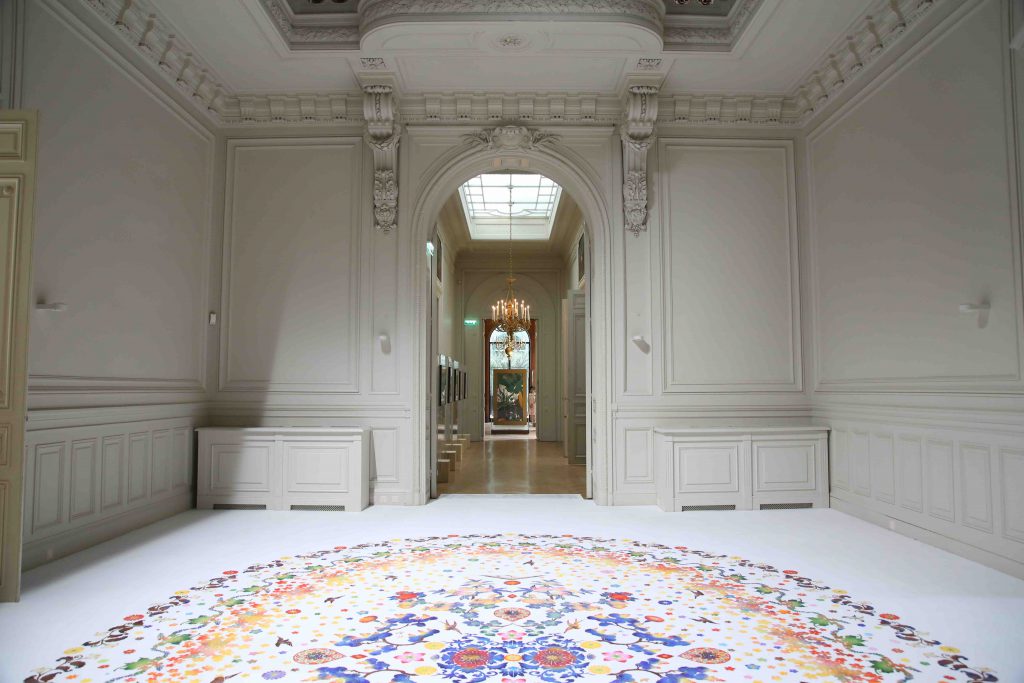 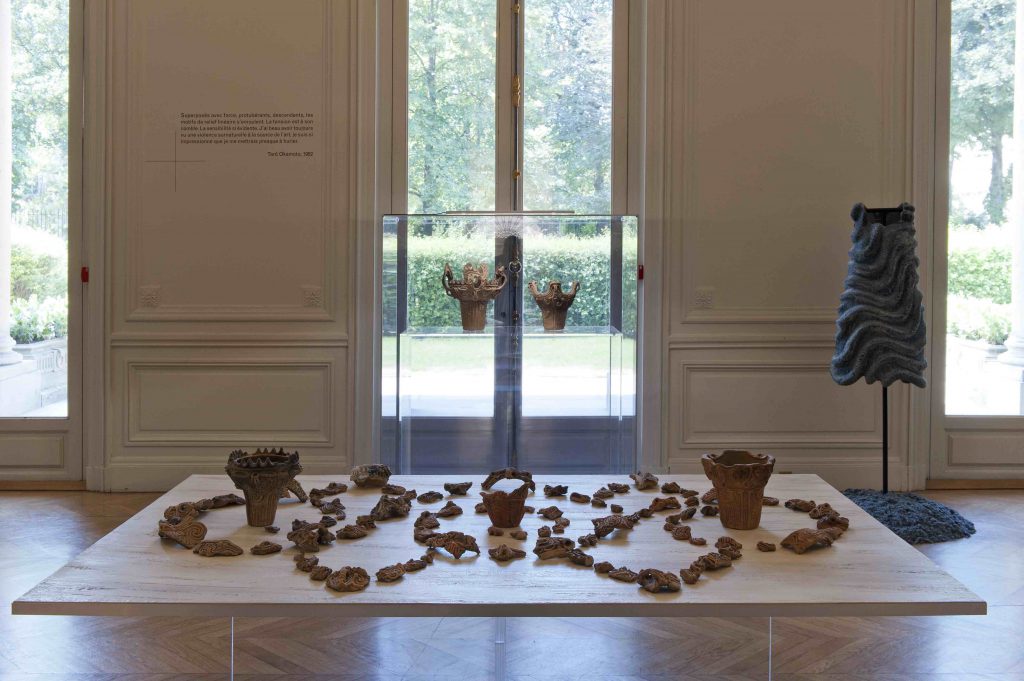 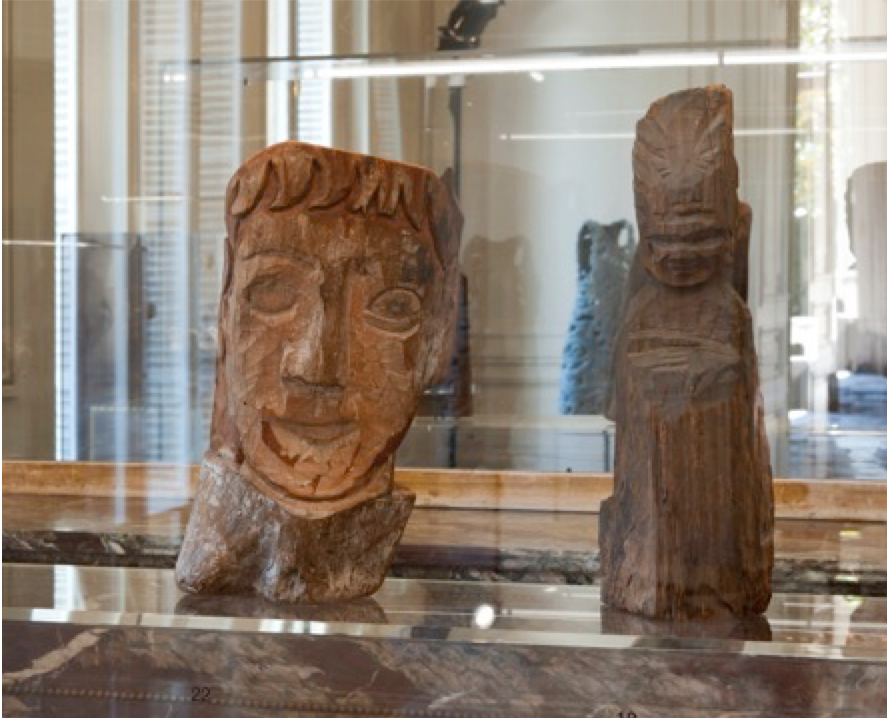 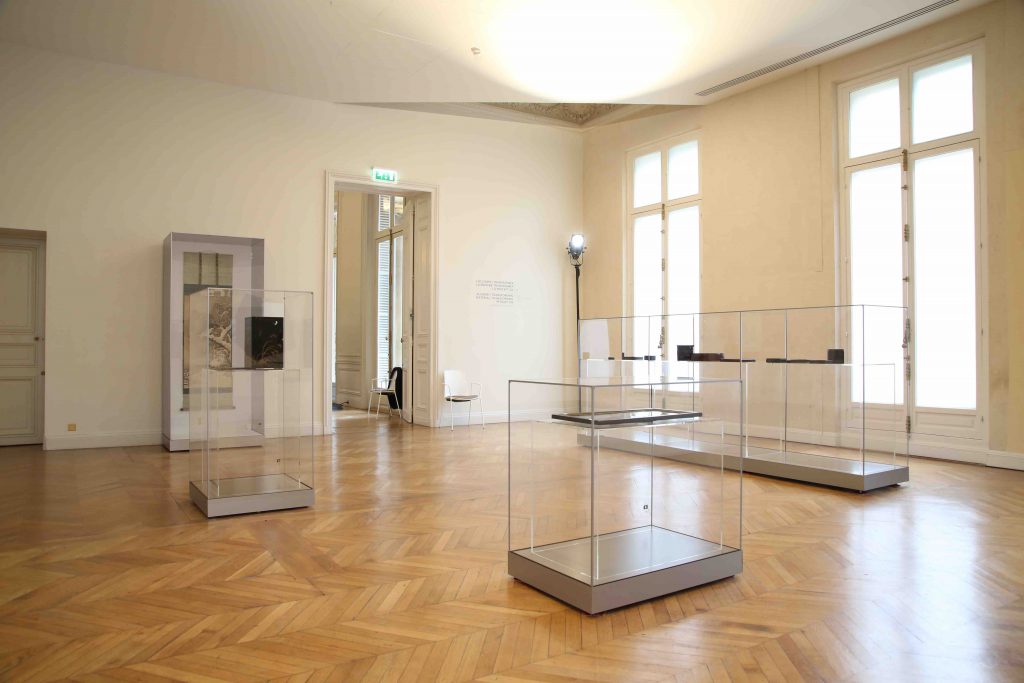 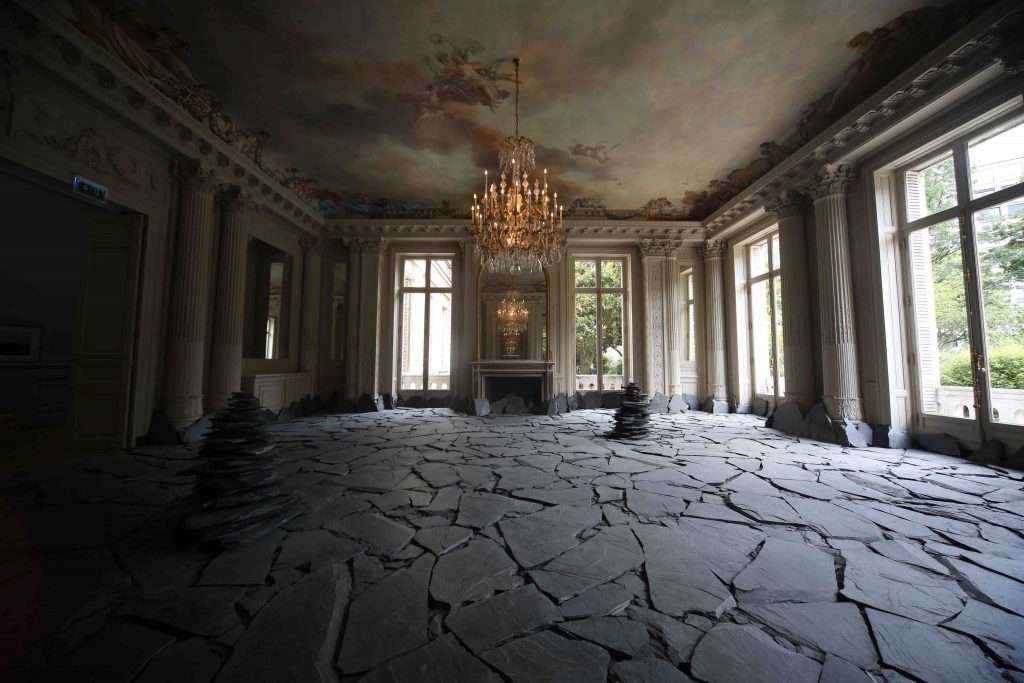 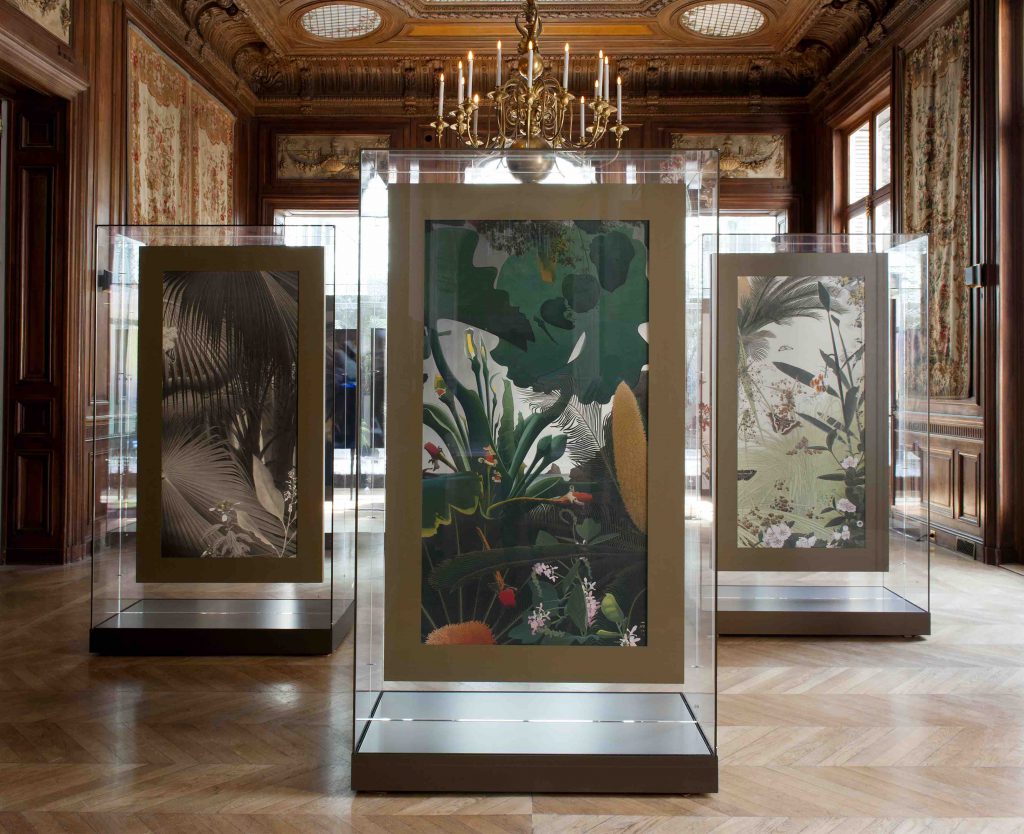 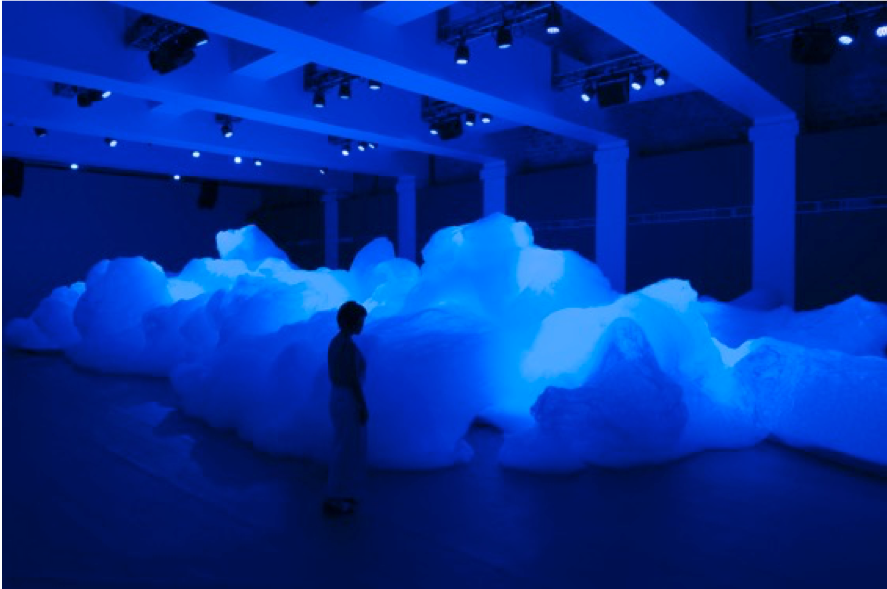