An idea would make that sound

Concept:
An Idea would make that sound brings together five artists exploring aural metaspaces within a gallery context. Each video makes use of a settled frame; the sound is recorded in real time or as a score that preceded or followed the images. This not only creates a narrative allowing the spectator to engage in the disappointing and unfulfilled imagining of what is off-screen, but to also question the physical intimacy created by a lower volume and by the proximity to each work, ultimately producing what Jacques Rancière has termed an interval of cinema.

Gary Hill
2010-11, 12min
Isolation Tank is a single channel HD video projection and is entirely computer generated (the sound has been generated with an analog audio synthesizer). At first we see a surfboard from afar seemingly drifting in the middle of the ocean. The camera (unseen helicopter) slowly approaches the object until it fills a good portion of the screen. On the surface of the board can be seen a kind of decal. A closer look reveals an almost imperceptible morphing between a visage (perhaps a representation of the artist’s face?) and the image of a Mahakala (a protector of Dharma in Tibetan Buddhism representing the death of the ego). As the sound of the helicopter becomes audible, a rogue wave from nowhere jacks up and throws a wall of water over the surfboard pushing it under water.

“Entre Nous” (an echo of the self)
John Sanborn
2017 | 12:22
Music by Dorian Wallace
We live in a time when we cannot trust ourselves. Ignoring what is natural reveals a desire to evaporate. Lives are wasted on folly, ideas are stillborn – our sense of self has been tortured, until what remains is a ghostly reflection.
Renewal comes from destruction as Eros emerges from Chaos. We must reduce until we reach the essence, and then (by force of will) find our soul.
“Entre Nous” is a descant devised to prove the singularity of our existence, taking care to not let nuances or small facts escape, even if they appear indistinct or insignificant. In order for the most banal event to become a voyage, it is necessary to retell the story.
Long before we had doubts, we had souls that could find peace without being judged. Now, we cannot move faster than our shadows. 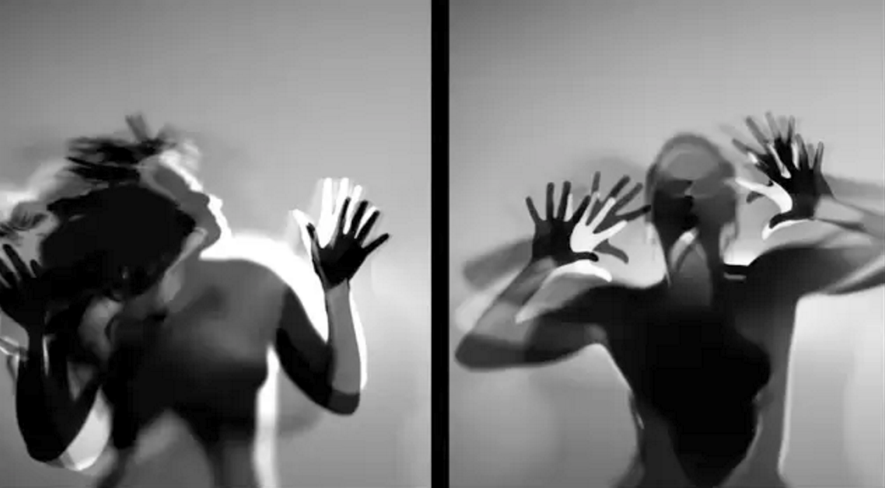 Live to tell
Benny Nemerofsky Ramsay
2002 | 5min
The artist performs a virtuostic choral rendition of a 1980s Madonna ballad for an audience of sixteen surveillance cameras. 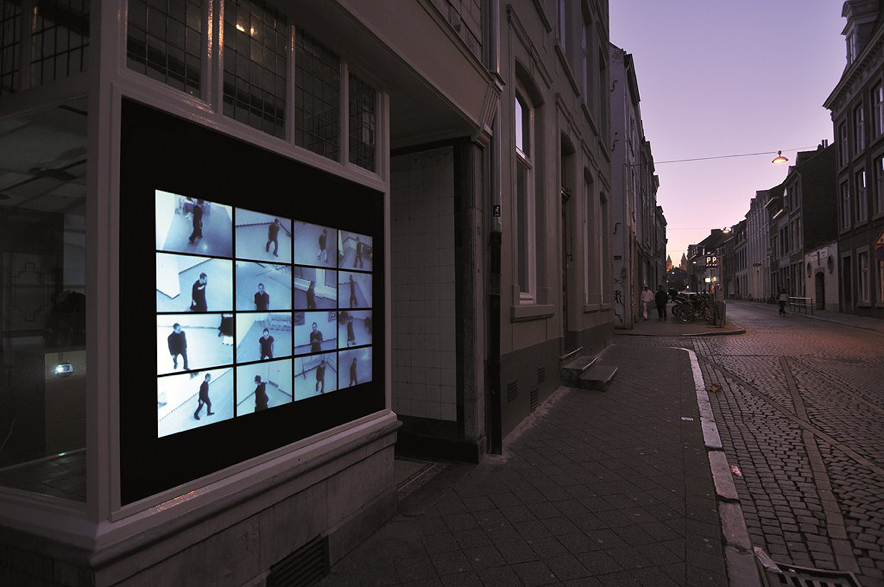 Eau de Toilette
Cremance
2010 | 6:22
A retelling of fairy tales through the use of Hollywood horror cinema and silent movies relying exclusively on music and the splendor of its performers. 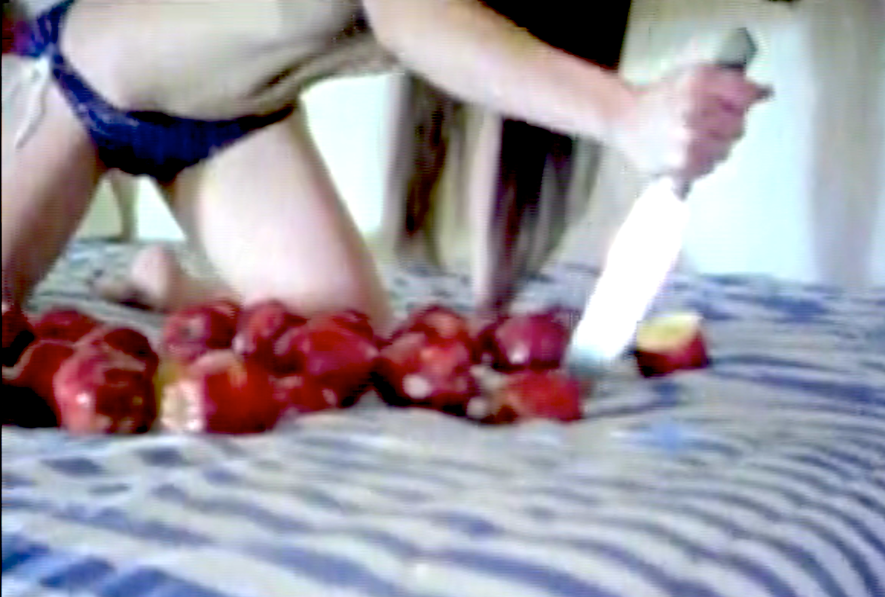 Arr. for a Scene
Jonna Kina
2017 | 5:17
a documentary of two foley artists while they are producing sounds for one of the most famous film scene in the film history (the shower scene from Alfred Hitchcock’s Psycho, 1960). This performance is documented on 35 mm film. The original film scene will remain invisible while the viewer sees only the foley artists creating sound effects for the scene. During the performance, the foley artists are looking straight at the camera. The film inverts the position of the screen and the gaze of the viewer. The viewer becomes part of the scene. The film examines the way sounds are constructed for the use of cinema and what happens when the structures of a film are dismantled into parts.