Professor Yuko Hasegawa has been named the curator for the main project at the 7th International Moscow Biennale of Contemporary Art: Clouds ⇄ Forests. Also, Seiha Kurosawa, a student at the Department of Arts Studies and Curatorial Practices at our Graduate School, will participate as a curatorial assistant.

Clouds⇄Forests is a proposition at a time of crisis to instigate the establishment of new relationships in our world. This proposition will be proposed by the artists and creators called ”Creative Tribes”, who gather in different sites all over the world, do not feel restricted to the notion of nation state and also surmount the dichotomy between globalism and localism. Since ancient times, tribes sharing common mediation functions (proxemics) have been established on the basis of shared environments: land, climate, and such corporeal conditions. They share certain knowledge, aesthetics and a lifestyle fostered by land/forest. If represented by the metaphor of a forest, they would resemble a collection of trees growing in a common environment. Over the past three decades, such tribes have been leaving the forests and have started creating new assembly points in the Internet or “Cloud“ space. As the forests engender such clouds, many new media become such personal spaces imbued with the mechanisms of animism, thereby creating life in all manner of things in new technologies: from information to bacteria.

At the same time, a particularly young cloud tribe from the post-Internet generation (born and raised in the “Cloud” space) tends to return to the ground/the forest in order to explore another physical reality and seek cultural roots.

These two directions – one “from the Forests to Clouds” and the other “from the Clouds to Forests” – create a single circular eco-system. This circulation of the eco-system in the metaphors of Clouds and Forests unleashes a new wind of change to the existing system of art, society and the environment.Art functions precisely as an enigmatic signpost, nourishing our sensory apparatus so that we can gain a better understanding of our human condition.

Clouds⇄Forests focuses on artists as a creative tribe transitioning, expanding and dissipating, from forest to cloud, rebuilding the subjectivity of spectators and showing that creativity is vital to the creation of new environmental spheres. Taking into account perceptions on the generation of new subjective environmental spheres, the curatorial criteria for this exhibition includes giving life to new technologies as well as exploring ways to obtain animistic artistic languages and connect cultural roots, and leveraging the rhizome-based organic system to traverse history, genres, and media.

The effects of an increasingly globalized capitalist order are at the root of the recent surge in nationalism and populism. In contrast, the new tribes at the heart of this exhibition represent examples of how we can calmly confront these same issues by generating alternative environmental spheres, compounding subjective spheres, and promoting peaceful co-existence. 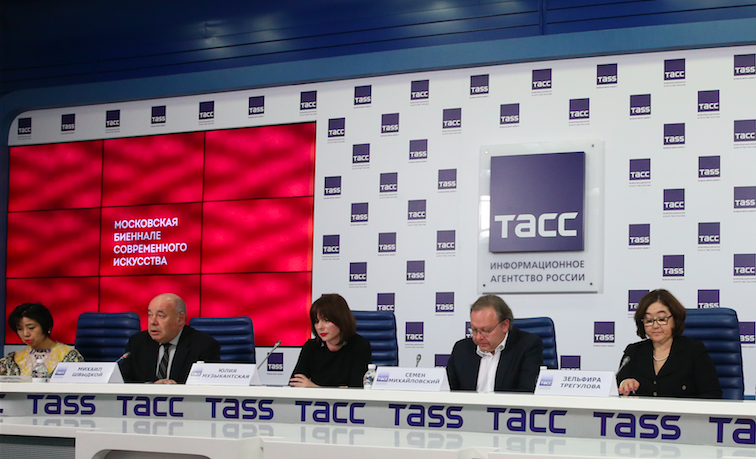