What does it mean to be modern? In this talk, Anselm Franke (curator and writer based in Berlin) will discuss how exhibitions can contribute to a deeper understanding of modernity. He will also examine how modern art and modernism has developed since the late 19th century in relation to other aspects of modernization such as technology, science, and social change. The question of how contemporary practices after the 1970s critically reflect the premises and beliefs of modernity will also form part of his discussion.

Franke will conclude his talk by considering the institution of the museum as a modern invention in which a specific form of knowledge is produced. Drawing on his exhibition (2010-2014), he will explore forms of knowledge that can not be simply represented or shown in an institution. So-called pre-modern, animistic practices cannot be exhibited in museums without being structurally transformed, and inserted into the system of modern knowledge. How then, does such a transformation itself become the topic of an exhibition? 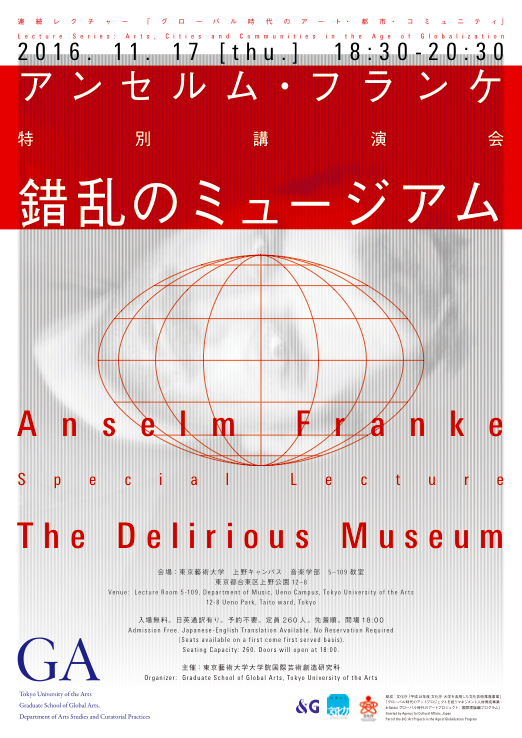 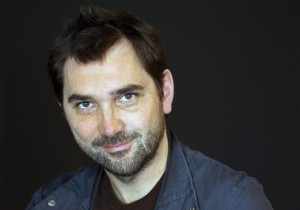 Profile:
Anselm Franke
Anselm Franke is a curator and writer based in Berlin. He is also the Head of Visual Art and Film at the Haus der Kulturen der Welt. In 2012, he curated the Taipei Biennial, Modern Monsters / Death and Life of Fiction. His project Animism was presented in Antwerp, Bern, Vienna, Berlin, New York, Shenzhen, Seoul and Beirut in various collaborations from 2010 to 2014. At the Haus der Kulturen der Welt, he co-curated The Whole Earth. California and the Disappearance of the Outside (with Diedrich Diederichsen), and After Year Zero. Geographies of Collaboration (both 2013).

Granted by Agency for Cultural Affairs, Japan
Part of the & G: Art Projects in the Age of Globalization Program