Tokyo University of the Arts Graduate School of Global Arts is honored to invite Professor Bruno Latour from Paris and pleased to present a special lecture open to the public. Professor Latour has been developing his study and thoughts since the 1970s as an Anthropologist of Science and Sociologist of Science. He is also well-known for his exhibition curating.

Bruno Latour is an Anthropologist of Science who thoroughly examines the existence of science from a practical viewpoint. He developed the actor-network theory; a sociological theory which positions humans and objects as actors on the same plane and explains things and phenomena through their mutural relations.

What is “The New Climatic Regime”? Latour proposed this term as an alternative to Anthropocene, a geological nomenclature which has been disputed among scientists today, in his book Face à Gaïa (2015). According to Latour, this new regime is opposed to the old regime that precedes the Revolution. The ecological mutation is a revolutionary change of much broader and much more global significance than the French Revolution, and this new regime requires some of the same change in our legal, political, mental and literary organizations. The term “The New Climatic Regime” is presented to express this situation. In this lecture, he will discuss “The New Climatic Regime” and three esthetics; science, art and politics. 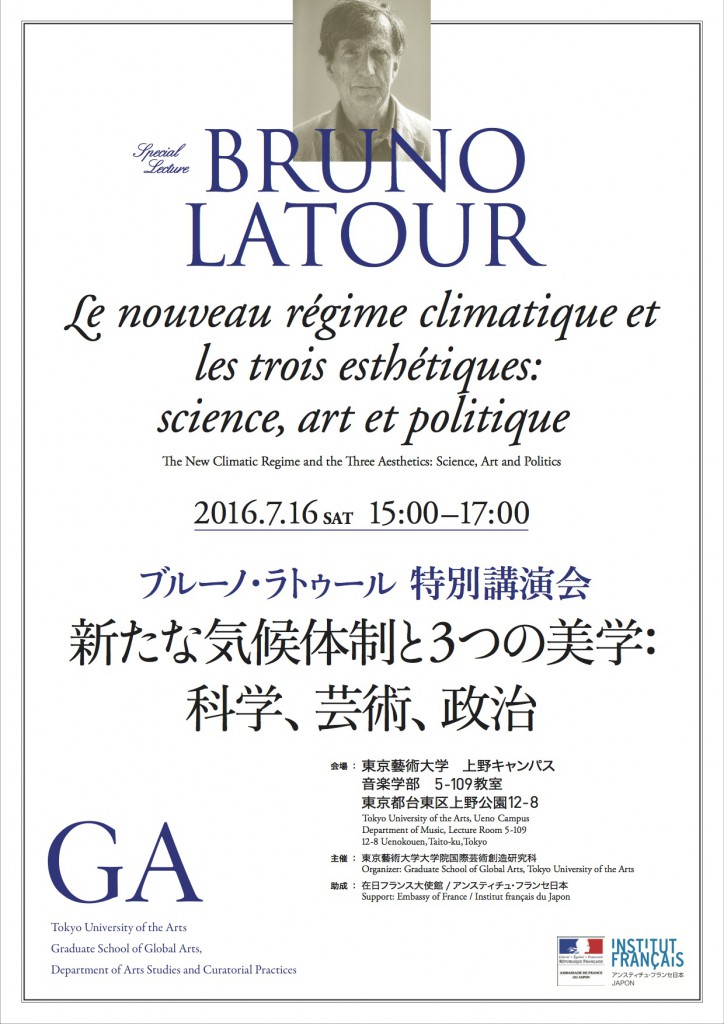 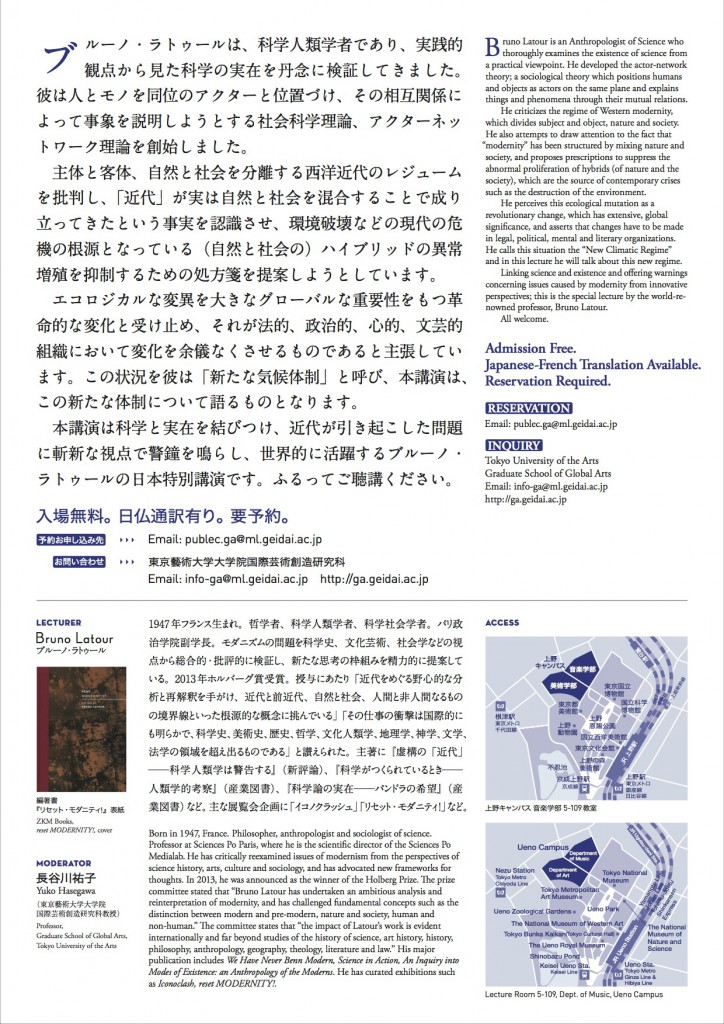 Profile:
Bruno Latour
Born in 1947, France. Philosopher, anthropologist and sociologist of science. Professor at Sciences Po Paris, where he is the scientific director of the Sciences Po Medialab. He has critically reexamined issues of modernism from the perspectives of science history, arts, culture and sociology, and has advocated new frameworks for thoughts. In 2013, he was announced as the winner of the Holberg Prize. The prize committee stated that “Bruno Latour has undertaken an ambitious analysis and reinterpretation of modernity, and has challenged fundamental concepts such as the distinction between modern and pre-modern, nature and society, human and non-human.” The committee states that “the impact of Latour’s work is evident internationally and far beyond studies of the history of science, art history, history, philosophy, anthropology, geography, theology, literature and law.” His major publication includes We Have Never Benn Modern, Science in Action, An Inquiry into Modes of Existence: an Anthropology of the Moderns. He has curated exhibitions such as Iconoclash, Reset Modernity!.

Professor, Graduate School of Global Arts,Tokyo University of the Arts