On the Media
A Preview Interview with Yuko Hasegawa on “De-Colonizing Art Institutions”:
CURATING! Documentary Film and a Digital Archive

A preview from the digital platform on curatorial practice, Curating Explored with a Camera: Politics of Display, Politics of Site, Politics of Knowledge Production, Politics of Transfer and Translation, which is now under construction, by Dorothee Richter and Ronald Kolb, Postgraduate Programme in Curating, Zurich University of the Arts (ZHdK)

A short interview video with Professor Yuko Hasegawa has just been released to the general public. This interview was conducted as a preview from the digital archive project, CURATING!：Curating Explored with a Camera: Politics of Display, Politics of Site, Politics of Knowledge Production, Politics of Transfer and Translation, which has been planned and produced by Post-Graduate Programme in Curating at the University of the Arts Zurich (ZHdK) since 2015.
The interview is filmed in Germany, 2016, as a part of ZHdK’s project to interview curators from all around the world and to archive the filmed documents, created by Professor Dr. Dorothee Richter, who is Head of Postgraduate Programme in Curating, Zurich University of the Arts and is Director of PhD in Practice in Curating, University of Reading, UK, and by Ronald Kolb, Graphic Designer and Scientific Researcher at the Postgraduate Programme in Curating, ZHdK. Richter and Kolb are together also the publishers of the Online Journal www.on-curating.org which deals with curatorial practice and theory.
This ZHdK’s digital archive project has now accomplished archiving interview videos with 70 some internationally active curators. Professor Hasegawa’s preview interview was screened at a symposium “De-Colonizing Art Institutions”, held on June 20 and 21, 2017 at Kunstmuseum Basel. She talks about this subject in English for about 6 minutes. The whole interview to be released in future is about one hour and twenty minutes and covers different topics like the influences for her curatorial work, the relation to the art market, how she sees the digital space, how gender plays a role and different cultural backgrounds.
We release a short abstract concerning the topic of “De-Colonizing Art Institutions” here. 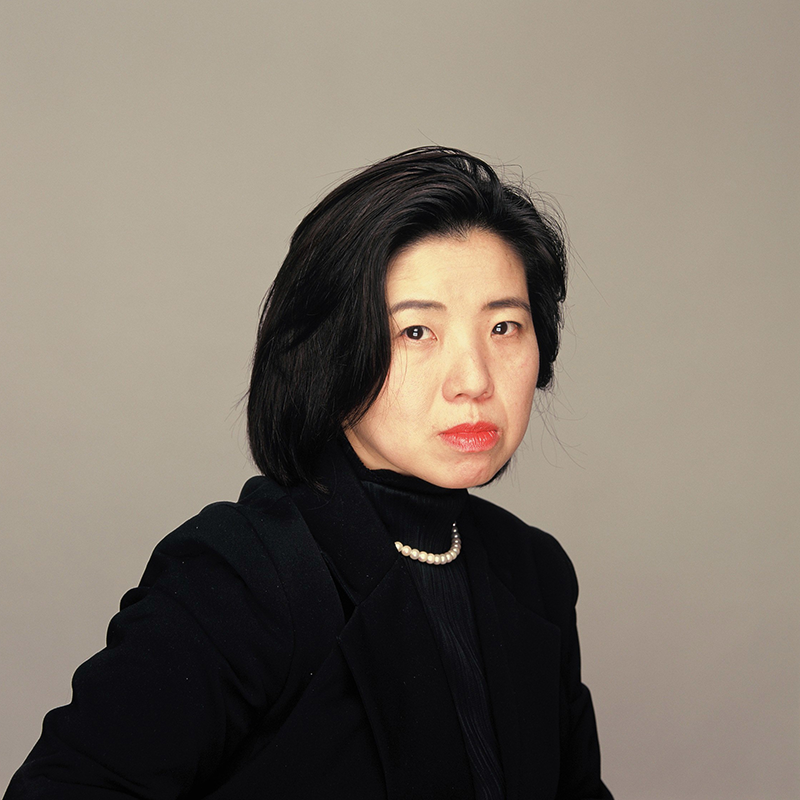